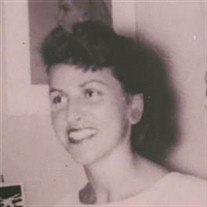 Charlotte J. Tolley and her identical twin sister, Anita were born to Waring and Flavia Tolley on August 15, 1927. Charlotte grew up in southern Penn- sylvania, and met her husband Walter C. Boname at a military dance at Fort Indiantown Gap, PA in the summer of 1952. Walter and Charlotte married at St. James Episcopal Church on My Lady’s Manor in Monkton, MD on May 21, 1955. The church was within walking distance of Charlotte’s ancestral home, The Isles of Caparea. For the majority of her married life, Charlotte and Walter made their home in Oxford, NY, Walter’s hometown. They raised three children there: Walter B. Boname, Linda Boname Mithaug, and Dr. Mary E. Boname. Mrs. Boname focused all of her attention on raising her children. She was a cub scout den mother, a homeroom mother, and, she had a voracious appetite for reading. She instilled a passion for the pursuit of educational goals and following your dreams in her children. Charlotte particularly enjoyed her work as an assistant to the President of the Norwich Extension of Morrisville Community College. Her engaging personality and gift for gab, made her a natural for the position. Mrs. Boname loved warm sunny days by the ocean, traveling, music, dancing, and conversation. She is survived by her husband of 62 years, Walter Charles Boname, by her daughters, Linda Boname Mithaug (Derek), Dr. Mary E. Boname, and daughter-in- law Audrey Block Boname (Walter B.) Mrs. Boname also had 5 grandchildren; Lauren (Richard), James (Krista), Anna, Holly and Julia; and 1 great-grandchild, Lincoln. She is pre- deceased by her sons Walter B. Boname, David A. Boname (infant) and a baby daughter. Charlotte is also survived by her sisters Anita Tolley Fogle and Martha Tolley Hendrix of Shrewsbury, PA and nieces and nephews on both the Tolley and Boname sides of the family. A celebration of life for Charlotte Tolley Boname will be held on Saturday, March 24, 2018 at St. Paul’s Episcopal Church in Oxford, NY at 10:30 a.m. Afterwards family and friends are invited to attend a repast at the Episcopal Parish Hall. Services are under the direction of Hopewell Memorial Home, Hopewell, NJ

The family of Ms. Charlotte J Boname created this Life Tributes page to make it easy to share your memories.

Charlotte J. Tolley and her identical twin sister, Anita were...

Send flowers to the Boname family.