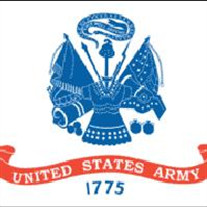 Robert Moment Cortelyou, 80, of Hopewell Borough, died on Thursday morning, Aug. 11, 2016, at the home of his youngest son, Jack and daughter-in-law, Diane after a brief battle with cancer. Robert (Bob) was born in Princeton, N.J., on Sept. 15, 1935, and grew up living on "The Farm" on Old Georgetown Road. He graduated from Princeton High School and went on to earn an associate's degree from the State University of New York at Delhi in 1955 and a bachelor of science degree from Rider University in 1967. He served as a court martial reporter in the U.S. Army from 1955 to 1957. Robert retired in 1999 from Delaval Co., Trenton, N.J., where he helped manage manufacturing facilities in Canada and China. Robert was the son of the late Clifford Stryker Cortelyou and Ruth Louise Moment Cortelyou. He was predeceased by his wife, Nancy Powers Cortelyou; a son, David, who died soon after birth, and a brother, Garrie Cortelyou. He is survived by three sons and daughters-in-law Garrie and Debbie of Ringoes, NJ; Larry and Toni of Skillman, NJ, and Jack and Diane of Hopewell; four grandchildren, John, Bob, Jacob and Lily; three siblings, Peter of Herndon, PA; Kip of McLean, VA; and Jane Casey of Princeton, and many close friends. Bob was an avid outdoorsman, farmer and an iconic family man. He was known around town by many as "Pop." He had a larger-than- life personality, always had a funny story, a kind word and helping hand for all. A memorial service will be held at 10:30 a.m. on Saturday, Aug. 27, 2016, at Six Mile Run Reformed Church in Franklin Park, N.J. Funeral arrangements are under the direction of Hopewell Memorial Home and Cremation, 71 E. Prospect St., Hopewell, NJ. In lieu of flowers donations may be made to the 4H Association of Somerset County, 310 Milltown Rd., Bridgewater, NJ 08007 or to the Future Farmers of America, P.O. Box 68960, Indianapolis, IN 46268-0960. Hopewell Memorial Home 71 E. Prospect St. Hopewell, NJ 08525 (609) 466-3632 - See more at: http://obits.nj.com/obituaries/trenton/obituary.aspx?n=robert-cortelyou&pid=181170698&fhid=13815#sthash.uwhQajoc.dpuf

Robert Moment Cortelyou, 80, of Hopewell Borough, died on Thursday morning, Aug. 11, 2016, at the home of his youngest son, Jack and daughter-in-law, Diane after a brief battle with cancer. Robert (Bob) was born in Princeton, N.J., on Sept.... View Obituary & Service Information

The family of Robert M Cortelyou created this Life Tributes page to make it easy to share your memories.

Send flowers to the Cortelyou family.