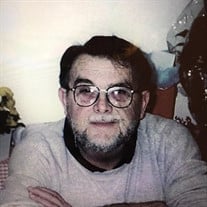 Russell D. Smith entered eternal rest on March 20th, 2018 surrounded by his beloved family. He was 79 years old and a resident of the Hopewell and Amwell Valley Community his entire life. Russ was born in a house on Broad Street, Hopewell and enjoyed a happy childhood filled with memories of Old Hopewell and many friends who were his friends throughout his life. Russ attended Pennington Prep School prior to going off to Texas A&M and being a member of the “Aggie ROTC – Squadron 9” cadets. Later he entered military service in the US Navy as a member of the “security decoding” team. He and his wife, Loretta, were married in 1962 and resided in the Hopewell / East Amwell area with their 3 children. Russ was a dedicated soccer coach for the Smith’s of Hopewell pee wee teams and later for the junior/ senior players. He also enjoyed being Boy Scout Master for Hopewell Scouts #71 for over 5 years and took his troop to one of the last “great adventures” of this troop to Adventures Unlimited in Canada. Through his and the troop’s efforts all new equipment for camping and canoeing were able to be available (in the 1970’s) for the troop. Kids, sports, community, caring and love of family would “sum up” Russ. Russ is survived by his wife, Loretta, of 55 years and his son, Jeffrey M. Smith of Ringoes, NJ; his son, Scott D. Smith and wife, Tosca J. Smith, of Montgomery, Vermont; and his daughter, Cindy L. Bednar and her husband, David Bednar, of West Amwell Twp., NJ. He is also survived by 9 grandchildren: Heather M. Smith, Holly E. Smith, Hayley C. Smith, Jack R. Bednar, Molly L. Bednar, Cara Jane Bednar all of New Jersey and Sadie D. Smith, Anna C. Smith, and Calvin T. Smith of Vermont; his sister in law, Helen Elliott and her son, Artie C. Elliott; and an incredible 98 year young, Navy Chief Uncle, Fred Smith of Longville, Minnesota and his children. Friends may call at the Hopewell Memorial Home, 71 East Prospect Street in Hopewell, from 9:30 a.m. to 11:00 a.m. on Saturday, March 24th, 2018. Graveside memorial will follow in Highland Cemetery. In lieu of flowers memorial contributions may be made to the Amwell Valley Rescue Squad, 1141 Old York Road, Ringoes, NJ 08551

Russell D. Smith entered eternal rest on March 20th, 2018 surrounded by his beloved family. He was 79 years old and a resident of the Hopewell and Amwell Valley Community his entire life. Russ was born in a house on Broad Street, Hopewell... View Obituary & Service Information

The family of Russell D. Smith created this Life Tributes page to make it easy to share your memories.

Send flowers to the Smith family.